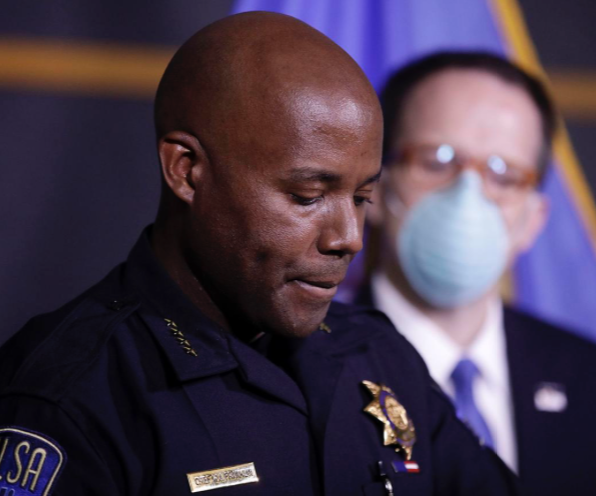 01 Jul ‘We Need The Community To Come Together’

Posted at 15:34h in Uncategorized by admin

‘We Need The Community To Come Together’. According to the Tulsa World this was the plea made by Tulsa Police Chief Wendell Franklin on Monday. Additionally, Chief Franklin asked for prayer following events facing his agency in recent weeks.

In a press conference Chief Franklin mentioned the pressures faced by his department, including their efforts to locate two missing children, hatred directed towards his department and law enforcement during protest against police brutality and most recently the shooting of two officers with his department, Officer Aurash Zarkeshan and Sgt. Craig Johnson.

Chief Franklin reflected each time he puts his uniform on: “I remember the last part of our oath (of) office, and that says ‘with my life if need be’.” “This uniform is just that: It’s a uniform… Inside of this uniform is just a regular person. I’m just like you, and we’re just like you. The only difference is we do a different job than what you do. So, for us, we’re just as much a part of the community as you are.” “We sometimes believe we’re invincible.”