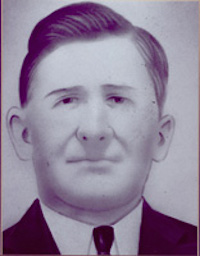 Posted at 07:00h in Uncategorized by admin

Today marks 94 years since Lafayette Police Officer Simon Chiasson was killed in the line of duty.

Simon Chiasson was participating in a manhunt for a man who killed two railroad employees near Vermilion Street and the railroad tracks. Officer Chiasson was fatally wounded in a shoot-out with the suspect. The suspect ran in the direction of Chiasson and fired one shot that struck the officer in the head. The offender was subsequently shot and killed.

Today we honor his service to our community and thank his family for given him to us. Today and everyday we #BackTheBlue.