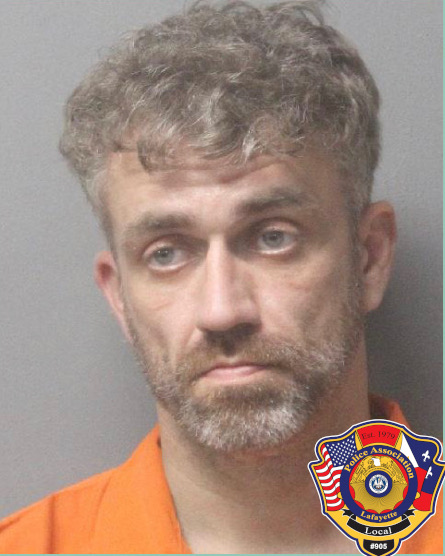 Posted at 17:30h in Uncategorized by admin

In the early morning hours of Tuesday, July 14, 2020 officers responded to a call on Clinton Street in Lafayette, Louisiana. While officers were on scene another individual ran towards the officers and stated that someone had broken through the door of his apartment and was hiding inside.

Officers quickly responded to the location and began a search of the apartment. The defendant was located hiding inside a bathtub. Officers took the suspect into custody and learned he had a warrant for his arrest on charges of armed robbery. The suspect was subsequently booked into the Lafayette Parish Correctional Center on charges of unauthorized entry into an inhabited dwelling and armed robbery. Much like the situation which occurred on July 12, 2020, wherein shots were fired towards officers while they cleared vehicles from a parking lot, this is another example of how no call an officer responds to is “routine”. While dealing with a completely unrelated and seemingly mundane incident an officer can quickly be thrust into an active threat to themselves and our community.

This suspect was willing to break into a residence and hide to avoid being detected by officers who were unaware of the fact that he was a wanted criminal or of his presence on site. However, this suspect likely knew he was wanted, which is why he to the measures of breaking into a residence and attempting to hide. One can only wonder how this situation could have turned out differently if the suspect had been more emblazoned to avoid capture or if he had been able to arm himself.

This is why our officers attend scenario-based training which tries to replicate and expose recruits to these types of circumstances before they ever even get to the road.  It is why our community continues to place so much trust in our officer and they always – #BackTheBlue!